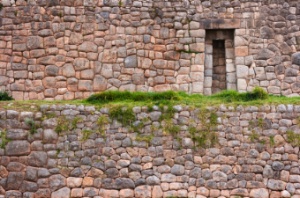 Inca Architecture captivates us even today. Not a lot is known about the Inca for certain. However the one thing that is known is that they possessed exceptional architectural skills. To this day, there is a lot of speculation about how the Inca were able to create the amount of precision seen in their stone cutting.

Theories range from the simple explanation of inserting a wooden wedge into cracks in the stone and soaking it with water until the wood expands and fractures the rock, to the claims of extraterrestrial intervention. However they did it, the unique building method that earned the Inca site of Machu Picchu a place among the seven wonders of the modern world.

The Inca were a practical people and tended to use whatever stone was at hand. As a result, the material used for Inca Architecture ranged from limestone to granite. These stones were sometimes quite large and could weigh several tons. Some of these stones had to be moved over 20 miles before the reached the construction site.

The method of transportation is also a source of speculation, but many think that the Inca used a system of logs and ramps similar to those used by the Egyptians to build the pyramids. If a construction site like Machu Picchu was built today it would require complex and heavy machinery far beyond the tools that were actually used. To maintain and manage most modern equipment companies use CMMS or work order software to properly maintain their equipment. The work order software helps scheduling of maintenance for daily work. 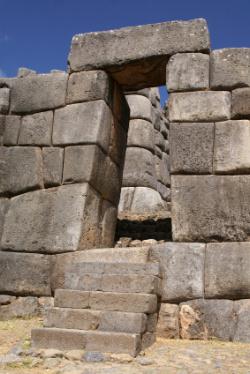 The Inca building methods completely lacked mortar. There was nothing to hold the stones in place. Instead, the Inca cut their stones to such precise dimensions that they fit together perfectly. How the Inca were able to accomplish this is a hotly debated issue, but there are two theories that seem to be prevalent.

The first theory is that the Inca inserted wedges of wood into cracks in the stone and then soaked them in water causing them to expand and fracture the rock. Proponents of this theory point out that traditional societies throughout the globe developed this technique without outside influence and used it with great success.

The other theory is that the Inca used metal tools to make a series of holes in the rock along a line (much like perforated paper). Once the line was complete, the rock would be easier to split along the line.

Proponents of this theory offer examples of stone found that have a series of holes in a line, however the theory’s opponents point out that these stones could have been made after the Spanish conquest because the holes appeared to be made with more advanced tools than the Inca possessed.

We may never know which theory is right, but no matter how the stones were cut, the result is amazing Inca Architecture that has withstood centuries of weather and earthquakes. As it turns out, the Inca’s mortar-less design is very resistant to seismic activity. How the Inca were able to create their architectural marvels may never be known for certain, however one fact is universally agreed upon.

The Inca were masterful architects and stone masons. Inca Architecture has withstood centuries of abuse and has come out largely intact. It’s clear the architecture was one of the greatest art forms of the Inca Empire. The stones have stood the test of time and have needed little maintenance, Machu Picchu has lasted for hundreds of years without much maintaining. If a construction site like Machu Picchu was built today it would require complex and heavy machinery far beyond the tools that were actually used.