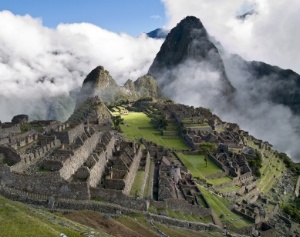 Some people call it Peru Machu or Peru Picchu, but the facts Machu Picchu uncover are really just educated guesses because so little is known about this ancient city. Machu Picchu, the lost city of the Incas, is nestled 7,500 feet above sea level in the Andean mountain range above the Urubamba valley.

Many questions remain unanswered but here are a few generally accepted ideas about this ancient city on a mountain peak: It was probably created around 1450 near the height of the Inca Empire. No one knows what the real purpose of Machu Picchu was. Some people speculate it was a prison and some say it was a defensive retreat, but the most common belief is that Machu Picchu was the estate of an Inca emperor. Like I said earlier, most of the facts are really just agreed upon speculations. 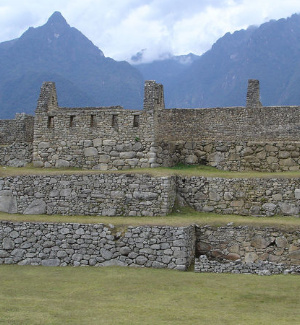 It is also generally accepted that Machu Picchu was a self-sustaining city. The evidence for this comes from the farming terraces. It seems like a reasonable conclusion. If you are building a city high in the mountains it would be difficult to travel to other cities to get the supplies you need. However even the self-sufficiency of Machu Picchu is under debate. Some believe that the farming terraces are actually structures to help Machu Picchu withstand earthquakes. 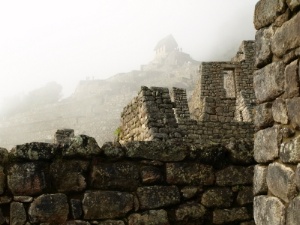 Probably one of the most significant features of Machu Picchu history is the architecture design. Like the pyramids of Egypt, it was created using massive stones hauled over great distances. However, unlike the Egyptians, the Incas did nott use any kind of mortar to bind their stones together. Instead they cut the stones with such precision that they fit together so tightly that you could not even fit a thin knife blade between them. 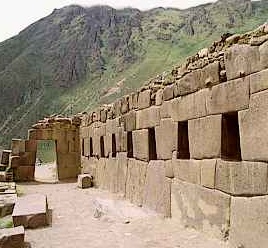 This design made the Inca structures highly resistant to earthquakes and it?s one of the reasons Machu Picchu is still standing today.

There is a lot of speculation surrounding how the Incas could have made such cut stone to such precise dimensions without the help of modern technology. Some have even gone so far as to suggest that the Inca had extraterrestrial help.

But the Incas did it, the main facts Machu Picchu architecture is well known for, are the real draw of the lost city of the incas. One of the new seven wonders of the World

The facts Machu Picchu uncovered are so amazing that on July 7, 2007 it was named one of the new seven wonders of the world joining other wonders such as the Great Wall of China. Tourism to Machu Picchu is also increasing. Last year roughly 800,000 visitors came to visit the lost city of the incas prompting some concern about taking measures to preserve the site.

But perhaps the most interesting of the facts Machu Picchu reveal is that it is not the only lost city high in the Andean mountains. Archeologist and treasure hunters have been following rumors of other cities for years. So far none have been found. But, of course, that doesn?t mean that they?re not there. They?re just yet to be discovered.

Machu Picchu is one of the most important historical monuments in the world. The following documentary explains many of the mysteries of this ancient city. How the Incas built more than 14,000 miles of roads, 600 terraces, thousands of steps, several temples, 16 fountains (sometimes using up to 20 tons stones) and why they abandoned the city.