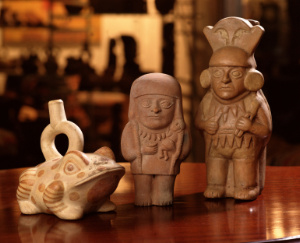 Most of the Inca art was melted down by the Spanish to satisfy their lust for gold and silver. Much about the Inca and their culture is surrounded in mystery and their art is no different. Still other examples of their art were destroyed simply because the idea of a polytheistic society was appalling to the Christian sensibilities of the Spaniards.

Some art, however, was able to survive the Spanish conquistadors and that art gives us a valuable glimpse at Inca values and their way of life.

Overall, art was quite Spartan. The Inca preferred simple functionality over ornate decoration in all cases except for their textiles (which we’ll discuss in a bit). Rather than create aesthetic paintings, the Inca preferred to sculpt religious figurines and create architectural wonders that inspire speculation and awe to this day.

Like most other Inca artwork, the architecture was very basic with the possible exception of the trapezoidal shape of doorways and windows. However what the architecture lacked in aesthetics it made up for in functionality. The Inca system of building without mortar made their structures resistant to seismic activity; an important feature in a region prone to earthquakes. 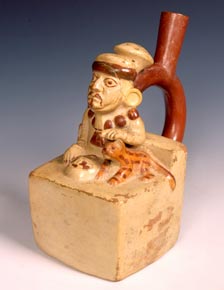 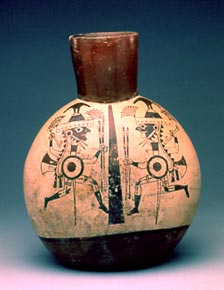 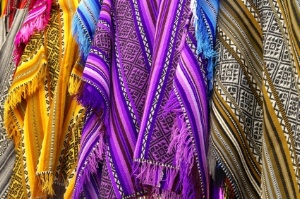 In the world of Inca art where plain and simple are the norm, the tapestries stood out as crown jewels. These tapestries where generally made from alpaca and were intricately woven by hand.

Unlike the unadorned Inca architecture and sculpture, the tapestries were ornately created with geometric shapes and vibrant colors.

These tapestries were also quite lavish with many of them requiring two people to weave using a combination of loom and needle work. These works could take an impressively long time to make and reach knee length.

It’s unfortunate that more work of the Incas didn’t survive the Spanish conquest of Peru, but the art that did survive paints a picture of a practical people who valued functionality over aesthetics. However the Incas artistic flair does show up in their tapestries which became an important status symbol for political leaders of the time. 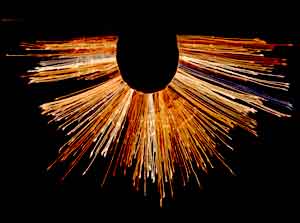 These tapestries were so spectacular that they’re considered an important part of Peruvian history to this day. Inca art is a perfect example of how functionality can be beautiful in itself.

Get creative! Free Online Art Classes offers information-rich art instruction presented in simple, step-by-step formats that have proven to be successful for students I have taught over the past thirty years. Many of the art lessons have videos that I have created to show how to develop basic skills and techniques.