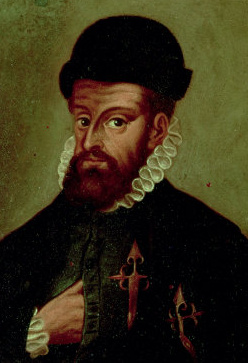 Francisco Pizarro biography tell us everything about the man that conquered the great Inca Empire and founded Lima, the capital of Peru.

He was born in Trujillo, Spain in 1478, his father, Gonzalo Pizarro Rodríguez de Aguilar, was the Royal Infantry Captain of Spain. His mother, Francisca González Mateos, was just a regular person who later married to another man.

He was an illegitimate son, his parents never got married, he was brought up by his mother´s parents. Pizarro never went to school so didn´t learn to read. That´s why he couldn´t have access to a proper job and ended up herding pigs for more than 14 years.

Francisco Pizarro sailed from Spain on February 13, 1502, towards the West Indies, now Haiti, with 2,500 colonists on a thirty ships fleet. There he lived with his father’s brother.

In 1513, he went with Vasco Núñez de Balboa on an expedition to explore what is now known as Panama. They founded Panama City and stayed there for a few years. Francisco Pizarro became a close partner of Pedrarias Dávila, the newly appointed governor. He asked Pizarro to personally deal with the capture of Vasco Nuñez de Balboa.

Balboa was duly convicted and beheaded in January of 1519. For his loyalty to the Governor, Pizarro was offered the position of mayor and magistrate of the recently founded city. 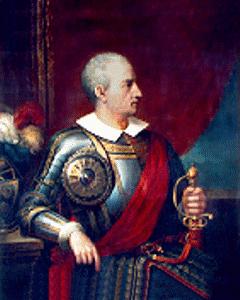 In 1524, Pizarro partnered with a priest, Hernando de Luque, and a soldier, Diego de Almagro, to explore and conquer the south.

They agreed to divide equally among themselves the empire they hoped to discover, and it seems that the agreement was strictly verbal. Pizarro did command the expedition, Almagro was in charge of the military and food supplies, and Luque, the priest, of finances and other provisions.

The first of three expeditions left from Panama on September 13, 1524 but it was a failure due to hostile natives, bad weather and food shortages.

Two years after the first very unsuccessful expedition, Pizarro, Almagro, and Luque started planning a second expedition. They had to convince the Governor and finally managed to get permission.

The second expedition left Panama on 1526 and this time they found evidence of the gold, silver, emeralds, etc. but they also found evidence of the powerful Inca army. Almagro went back to Panama with the treasure evidence and the news of the discovery of a wealthy land to convince the Governor to send more reinforcements, but this time it was rejected.

As a result, Pizarro went back to Spain to tell the king and Queen the news in person, he told them about the abundance of gold and silver and it was actually the Queen, in the absence of the King, who signed the Capitulación de Toledo, a license document which authorized Francisco Pizarro to proceed with the conquest of Peru.

One of the conditions was that Pizarro raise a force of two hundred and fifty men within six months. He had enough time to convince his brother, Hernándo Pizarro, and other friends to join him on his third expedition. When everything was ready, they left Spain the following year on a three ships fleet.

The Conquest of Peru 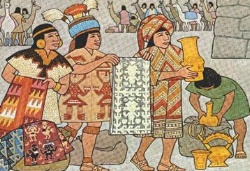 In 1532, Pizarro, after a fierce fighting with natives, arrived to Tumbes but the city was completely destroyed and abandoned. Then he led an excursion into the interior of the land and established the first Spanish settlement in Peru, San Miguel de Piura in July 1532.

After marching nearly two months towards Cajamarca, Pizarro and just under 200 men arrived and initiated proceedings for a meeting with Atahualpa, the last sovereign emperor of the Inca Empire.

Atahualpa entered the square of the city to meet with Pizarro and it ended up with a massive slaughter of the inca. The Spanish were successful and Atahualpa’s 12-man honor guard were executed. Pizarro kept the Inca alive.

Despite fulfilling his promise of filling one room with gold and two with silver, Atahualpa was executed on July 26, 1533.

Only a year later, Pizarro invaded Cuzco with indigenous troops sealing the conquest of Peru. He ruled Peru for almost ten years and started the decline of Inca culture. He also founded the city of Lima on January 18, 1535.

Pizarro was killed by the son of Almagro on June 26, 1541, he wanted revenge for the death of his father. Pizarro’s half brother killed Almagro following his orders.